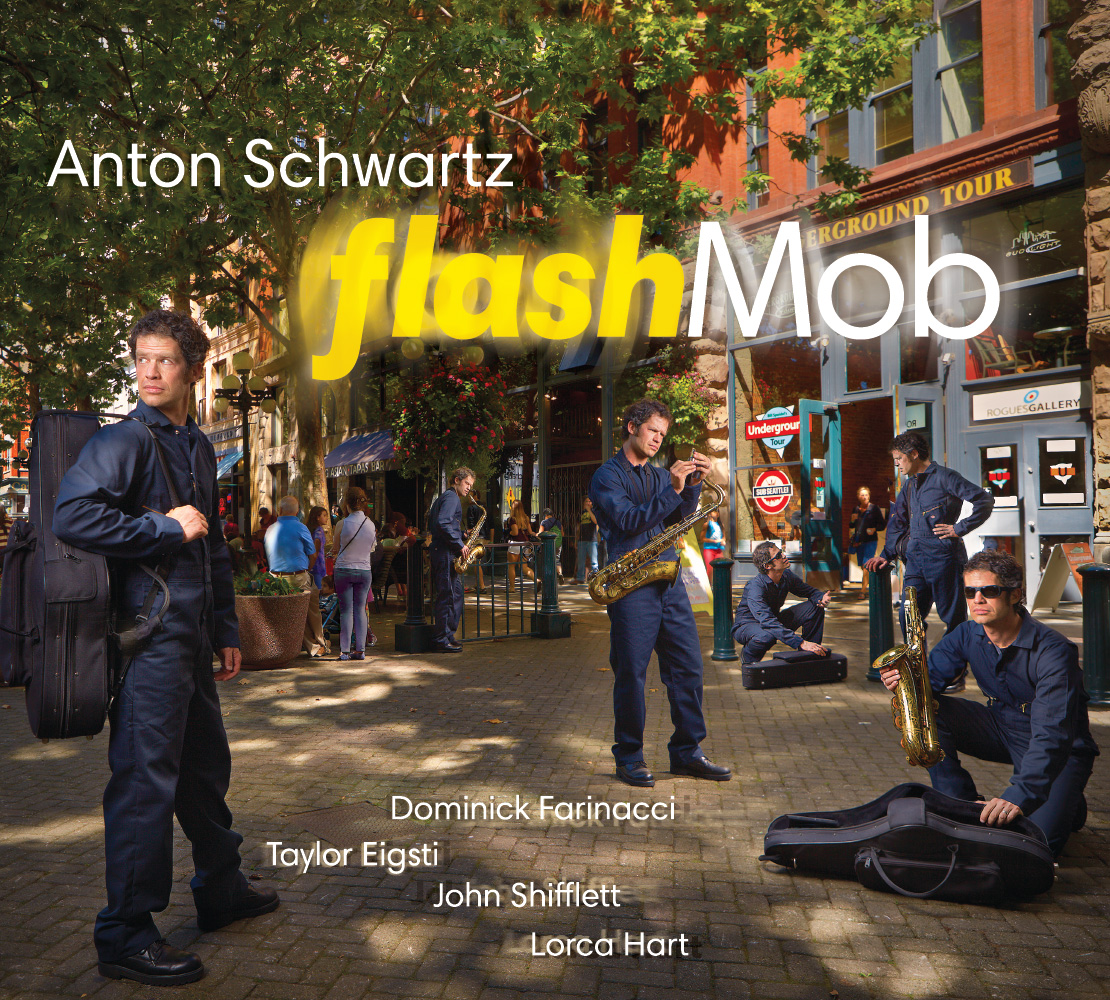 A bonus track, “Meanwhile,” is available for free on request!
Fill out your information and you will be emailed a personal link to download the track
(in a format of your choice) plus a six-page digital CD booklet.
You will be added to Anton Schwartz’s occasional mailing list.
Your information will never be shared with anyone, and you may unsubscribe at any time. 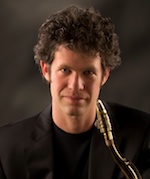 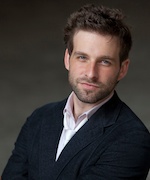 Not yet thirty years old, Taylor Eigsti has established his place as one of the world’s foremost jazz pianists. He has performed as a featured soloist with jazz ensembles and symphony orchestras around the world, received Grammy nominations, been the cover story of Keyboard Magazine and Jazziz and the subject of numerous television and radio specials, and has collaborated with most of the brightest stars in jazz today, including Esperanza Spalding, Dave Brubeck, Christian McBride, James Moody, Nicholas Payton, Lee Konitz, Chris Potter and Hank Jones. Taylor performed on Anton’s previous release, Radiant Blue. 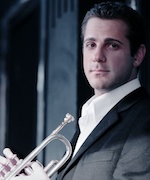 Twelve years ago, when Farinacci moved to NYC to attend Juilliard, Wynton Marsalis offered him a featured performance at Lincoln Center. By the time he graduated from Juilliard, he had received two Gold Disc Awards, the International New Star Award, had won first place in the Carmine Caruso International Jazz Trumpet Competition, and had toured to Japan over a dozen times. Dominick Farinacci has a huge, beautiful sound. You can hear in his playing the fire of Freddy Hubbard, the elegant clarity of Clark Terry, and the stark minimalism of Miles Davis. 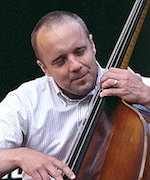 John Shifflett and Anton Schwartz have performed together at well over three hundred concerts in the last twenty years. A San Jose resident, bassist Shifflett is among the Bay Area’s most in-demand jazz musicians and it’s easy to understand why: he is a wellspring of creativity and sets down a rock-solid groove. He has performed extensively with artists such as Kurt Elling, Mel Torme, Madeleine Peyroux, Boz Scaggs, Dave Liebman, Toshiko Akiyoshi, Ernie Watts, Red Holloway, Tom Harrell, Will Bernard and Bobby Hutcherson. John appears on three of Anton’s previous CDs. 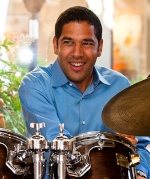 Drummer Lorca Hart has performed with the likes of Freddie Hubbard, Stanley Jordan, Craig Handy, Kyle Eastwood, Bennie Maupin, Don Menza, Red Holloway and Hugh Masekela. Born in Santa Fe into a musical family—his father is the legendary drummer, Billy Hart—he had exposure early on to many styles of music and many masterful musicians. Assimilating it all, he has developed a uniquely natural feel and deep understanding of the music.

The song’s main groove is a hybrid… a swing pattern played un-swung, along with a tumbao (Afro-Cuban) bassline.

I’m not sure exactly what a swamp thang is, but I imagine it sounds something like this when it moves. To me the singsongy, repetitive quality of the melody crosses the line to annoying… but in an almost addictive way. Like a loose tooth that you can’t stop pressing with your tongue, even though it sort of aches when you do.

A cumulonimbus cloud is a storm cloud. The drums tell the story in this tune.
Dominick plays flugelhorn.

I named this one after a poem written in the 9th century by an anonymous Irish Monk. As I’ve explained at gigs now and then, the name is a groaner of a pun: the song’s harmony is Irish and its melody is (Thelonious) Monk-ish. But it’s a terrific poem. Here’s an excerpt of a translation into modern English by Robin Flower:

I and Pangur Ban my cat,
’Tis a like task we are at,
Hunting mice is his delight,
Hunting words I sit all night.

’Tis a merry thing to see,
At our tasks how glad are we
When at home we sit and find,
Entertainment to our mind.

So in peace our task we ply:
Pangur Ban my cat and I
In our arts and in our bliss,
I have mine and he has his.

My first Seattle composition. I was walking in Post Alley one evening and heard a bird singing the first two-note phrase of the melody, a few octaves higher, slowly, over and over. I wrote the tune around it.

This one is in 13/4 meter. The number thirteen is all about superstition, and the song conjures superstition for me too. I titled the song with a phenomenon in mind that has been observed by psychologists:
When lab animals are given positive reinforcement (e.g. food pellets) each time they perform a certain action (e.g. pressing a lever), they learn to perform that action more often. That’s called Operant Conditioning. But when the rewards are meted out at random times, with no connection to their actions, the animals develop strange tics and “rituals” reminiscent of superstition, based on whatever they happen to be doing when they receive rewards. (See, for instance, here.) The “spurious causes” of the song title are the causes that superstitious people, like the lab animals, attribute to life’s random events.
Dominick plays flugelhorn.

Page One (Joe Henderson) was one of my early favorite jazz albums and remains a true favorite of mine to this day. Kenny Dorham was the trumpet player on the record and the composer of two of its songs—the jazz megastandard “Blue Bossa”, and this ballad, which I’ve always considered a gorgeous sleeper of a tune. I wrote a new introduction and ending; otherwise we stay quite close to the original. Joe plays the melody on Page One but I gave it to Dominick because I think it’s a beautiful melody for trumpet, and as a nod to Kenny who never got the recognition he deserved.

Somehow, Thelonious Monk songs lend themselves to all kinds of rhythmic treatments. This pairing with a new orleans second line groove seemed like a natural to me. I moved the bridge into a different key to change the way it leads back into the last A section.

There’s no special meaning to a glass being half-missing, other than nonsensical fun. The part of the title that relates to the song is the surprise at the word “missing” instead of “full” or “empty”. It echoes the ending of the song: The beginning of the song firmly establishes the song’s key as D minor, but the last four bars introduce an unforeseen development (the bass line which is doubled by the piano) and winds up taking us to the unrelated key of A major. The horns break into three-part harmony for much of the song. I laid down the second tenor part after the fact. (I did this very briefly in Cumulonimbus and Meanwhile as well.)
Dominick plays flugelhorn on this one.

I’ve been performing this song sporadically for some years under the name “Raw Goods.” When I wrote it, it felt pretty aggressive and raw. Not so much by my standards these days… so I changed its name for the CD. The new title reflects the bravura of the melody’s opening phrases (like throwing down the gauntlet) and its transformation into a swinging groove (like progression of an opening gambit into steady, determined action).

I wrote this song to perform for my amazing wife, Dawn Hagen, at our wedding ceremony in 2007.

We recorded this song at the session but didn’t have room to include it on the CD. A Blakey-esque hard-swinger. You can download it here. 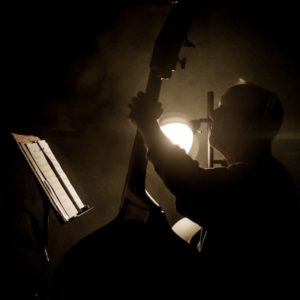 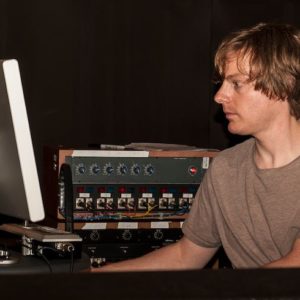 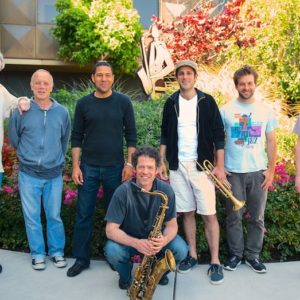 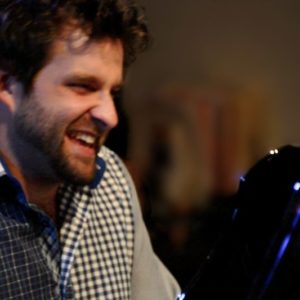 Taylor Eigsti with the Anton Schwartz Quintet. May 29, 2013. Photo by Rick Gilbert. 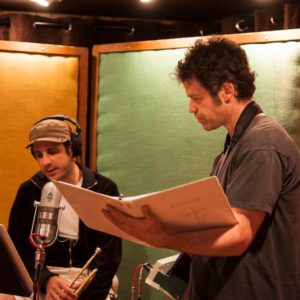 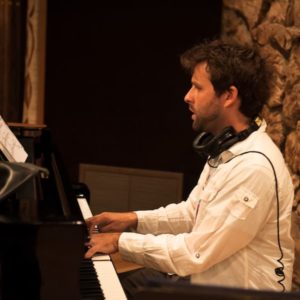 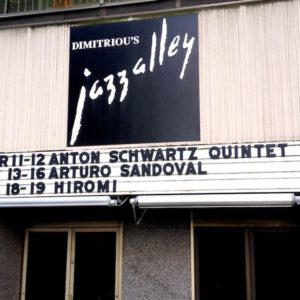 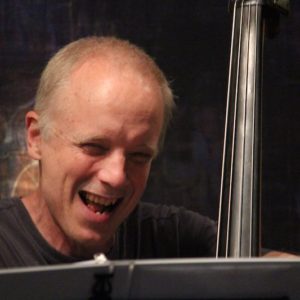 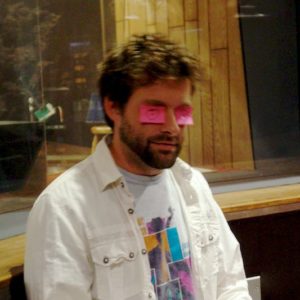 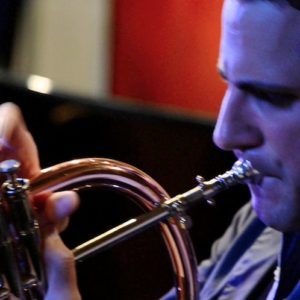 Dominick Farinacci with the Anton Schwartz Quintet. May 29, 2013. Photo by Rick Gilbert. 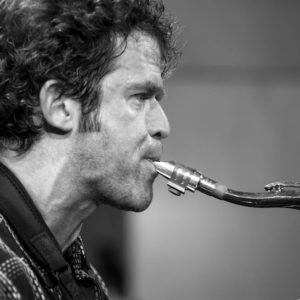 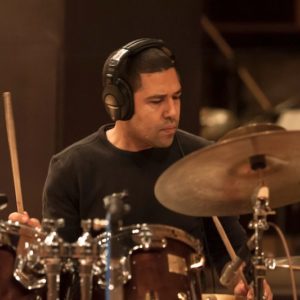 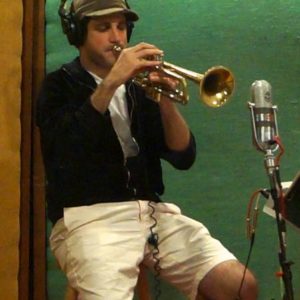 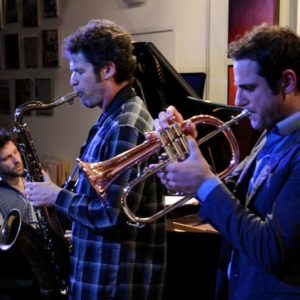 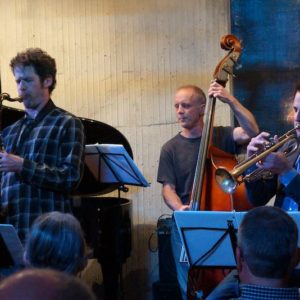 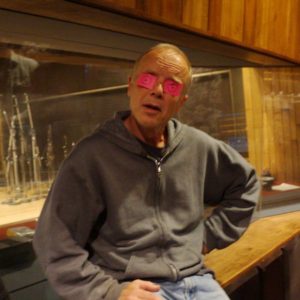 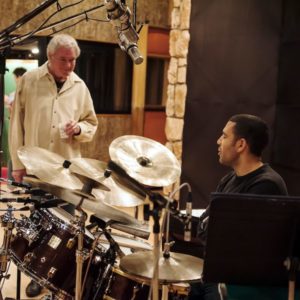 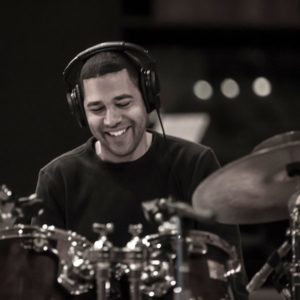 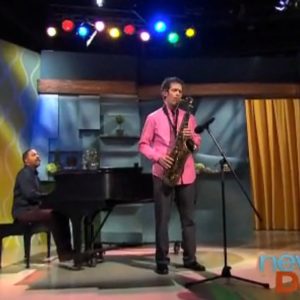 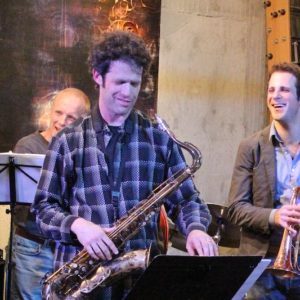