A simple post about a common word in music: repertoire.

It’s pronounced “REP-per-twahr.” With the accent on the first syllable, not the last. It rhymes with “pepper jar”: 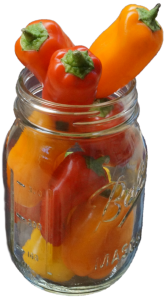 Don’t overdo the R sound in the second syllable. If you want, you can even eliminate it: “REP-pit-twahr” works nearly as well.

The repertoire of a musician or a band refers to all the songs they are able to perform. So it’s a very useful word. And there is no good alternative. “Repertory” can mean the same thing, but is much less common. Sometimes bands use “playlist” or “set list” but those are ambiguous, if not downright misleading.

Most people seem to know that the word comes from French. At least that seems to me the best explanation for how it’s (mis)pronounced, and by so many. Usually they say it something like “re-pi-TWAAH” with an over-accented last syllable and a missing R at the end. Which somehow sounds very French to many Americans… though not to the French.

If you’re curious, the French word répertoire sounds something like this (forgive my accent):


In any case, here’s my advice if you’re uncertain: just think REP-per-twahr like “pepper jar” and pretend you don’t know the word comes from French, and all will be well. :)